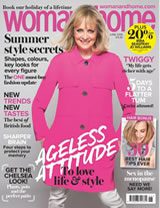 In Our Experience: A Holiday Just For Me 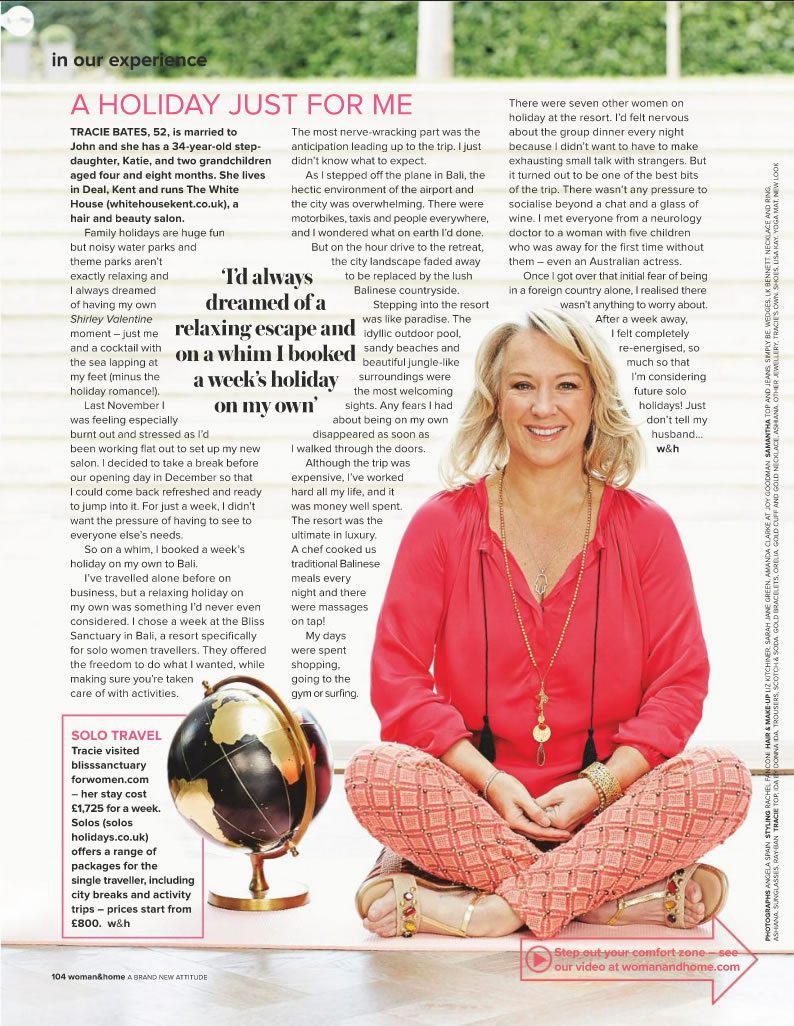 Click to zoom
Woman & Home Magazine: In Our Experience – A Holiday Just For Me

‘I’d always dreamed of a relaxing escape and on a whim I booked a week’s holiday on my own.’

TRACIE BATES, 52, is married to John and she has a 34-year-old step- daughter, Katie, and two grandchildren aged four and eight months. She lives in Deal, Kent and runs The White House (whitehousekent.co.uk), a hair and beauty salon.

Family holidays are huge fun but noisy water parks and theme parks aren’t exactly relaxing and I always dreamed of having my own Shirley Valentine moment – just me and a cocktail with the sea lapping at my feet (minus the holiday romance!).

Last November I was feeling especially burnt out and stressed as I’d been working flat out to set up my new salon. I decided to take a break before our opening day in December so that I could come back refreshed and ready to jump into it. For just a week, I didn’t want the pressure of having to see to everyone else’s needs.

So on a whim, I booked a week’s holiday on my own to Bali.

I’ve travelled alone before on business, but a relaxing holiday on my own was something I’d never even considered. I chose a week at the Bliss Sanctuary in Bali, a resort specifically for solo women travellers. They offered the freedom to do what I wanted, while making sure you’re taken care of with activities. The most nerve-wracking part was the anticipation leading up to the trip. I just didn’t know what to expect.

As I stepped off the plane in Bali, the hectic environment of the airport and the city was overwhelming. There were motorbikes, taxis and people everywhere, and I wondered what on earth I’d done.

But on the hour drive to the retreat, the city landscape faded away to be replaced by the lush Balinese countryside.

Stepping into the resort was like paradise. The idyllic outdoor pool, sandy beaches and beautiful jungle-like surroundings were the most welcoming sights. Any fears I had about being on my own disappeared as soon as I walked through the doors.

Although the trip was expensive, I’ve worked hard all my life, and it was money well spent. The resort was the ultimate in luxury. A chef cooked us traditional Balinese meals every night and there were massages on tap!

My days were spent shopping, going to the gym or surfing. There were seven other women on holiday at the resort. I’d felt nervous about the group dinner every night because I didn’t want to have to make exhausting small talk with strangers. But it turned out to be one of the best bits of the trip. There wasn’t any pressure to socialise beyond a chat and a glass of wine. I met everyone from a neurology doctor to a woman with five children who was away for the first time without them – even an Australian actress.

Once I got over that initial fear of being in a foreign country alone, I realised there wasn’t anything to worry about.

After a week away, I felt completely re-energised, so much so that I’m considering future solo holidays! Just don’t tell my husband…