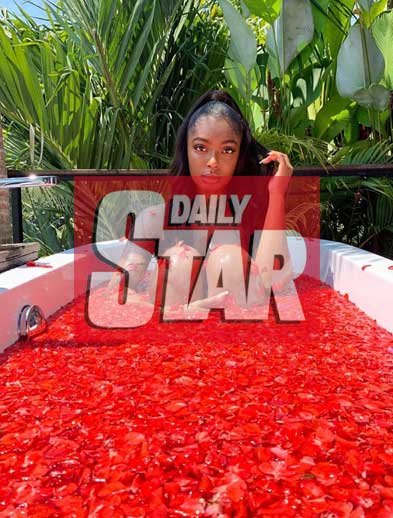 Instagram launched in April of 2012 and we’ve found the raunchiest trends to make it big on the App. 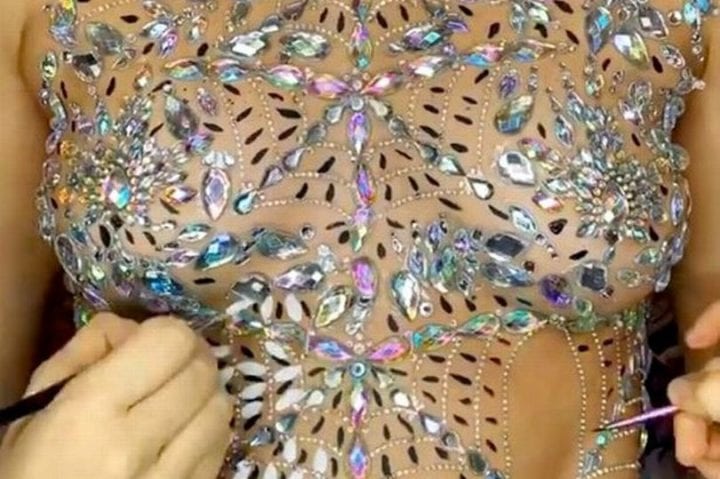 As the 2010s draw to and end we’ve been looking at one of the most popular Apps to come out of the last decade.

The globally-famous photo sharing App launched in April 2012 and quickly took over our smartphones.

The aesthetics-based App introduced trends to the world that include the ever-present Millenial Pink, its younger sibling Gen-Z Yellow, rose gold everything, breaking the internet and “filter face”.

We’ve put together a list of six of the raunchiest trends to take over Instagram since we first downloaded it onto our phones eight years ago.

This beauty trend is popular with festival and party goers around the world.

The trend, which requires women to apply stick-on gems and glitter to their breasts in place of a top, has also been dubbed “disco t*ts” and has been popular at Glastonbury over the last couple of years.

Some theorise that its beginnings can be attributed to Yves Saint Laurent who featured the look in their SS17 show.

Others say that Coachella and the rise of brands like Gypsy Shrine are to thank – but, we think the number of likes, and the platform provided, from Instagram is to blame for this trend’s sparkling success.

Probably the most controversial craze on the list. It left women risking jail time to strip naked and pose for Instagram while travelling.

These photos were often featured on the “Naked in Nature” Instagram account which had 120,000 followers at its height in 2017. 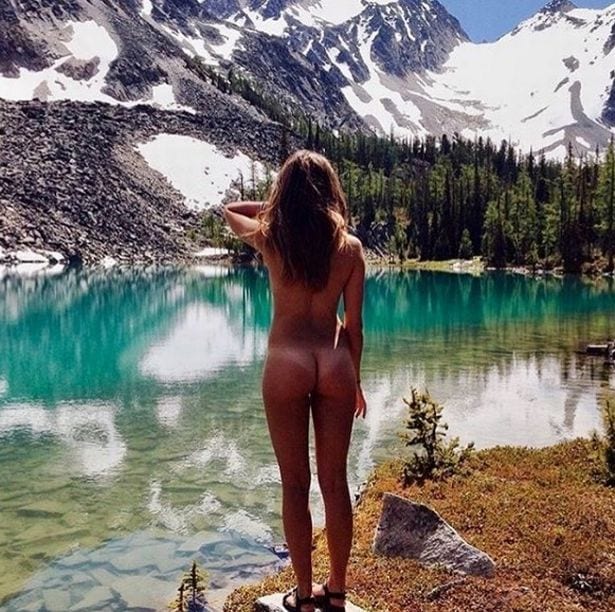 Unfortunately, the widespread condemnation of the practice, after several groups of tourists were found to be disrespecting sacred sites or breaking local laws by baring all, meant the original account has since closed down.

Not one to try in 2019 unless you know the area you’re stripping off in (and that it’s safe to do so), but it’s still fun to follow the hashtag.

The festive sibling of glitter boobs this trend required women to decorate their boob to look like a reindeer – complete with Rudolph’s red nose atop the nipple.

The titillating trend is thought to have begun as a funny take on the ugly Christmas sweater trend.

Requiring fewer materials than other Instagram crazes the ‘hip tease’ is an attractive pose which allows those with washboard abs to show their bodies in the most flattering of positions.

The stance requires you to pull down your bottom piece of clothing to reveal more of your body while slightly popping a hip.

The cheeky position means that flat tums, curving hips and tan lines are more on show – leading to thousands of likes for the stars.

A slightly less complex trend than some of the other items on this list, the boobs and food trend made it big in 2017 as the hashtag #foodporn inspired users to combine two commonly liked content types.

You guessed it: boobs and food.

The posts usually contain indulgent images of comfort foots, like pizza or pasta, with women leaning over to reveal gaping necklines and lots of cleavage. 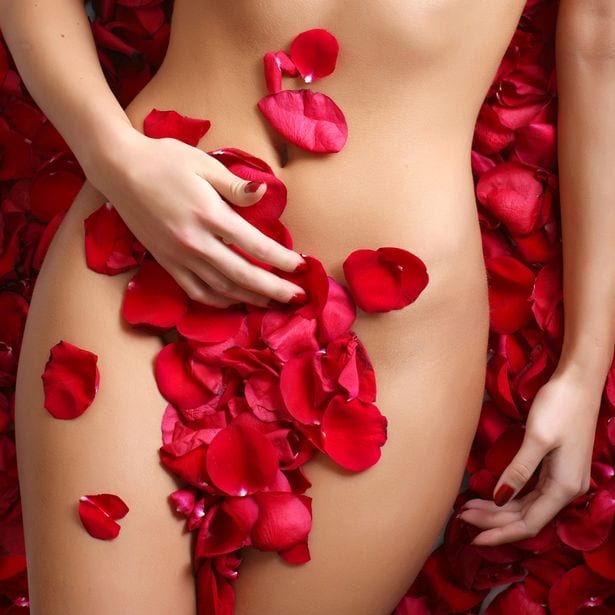 This floral craze took off just a few months ago on Instagram.

Celebs, models and influencers ditched their clothes to pose in bath tubs full of flower petals for their followers.

The gorgeous images allow the poser to show off their assets, outlined in wet flower petals, while also improving their skin tone.

The India Times notes that roses are a natural toner which can sooth and moisturise inflamed skin and this type of bath can also improve sleep quality.

Zara McDermott and Ellie Brown took part in this trend by bathing at the Bliss Sanctuary for Women in Bali. 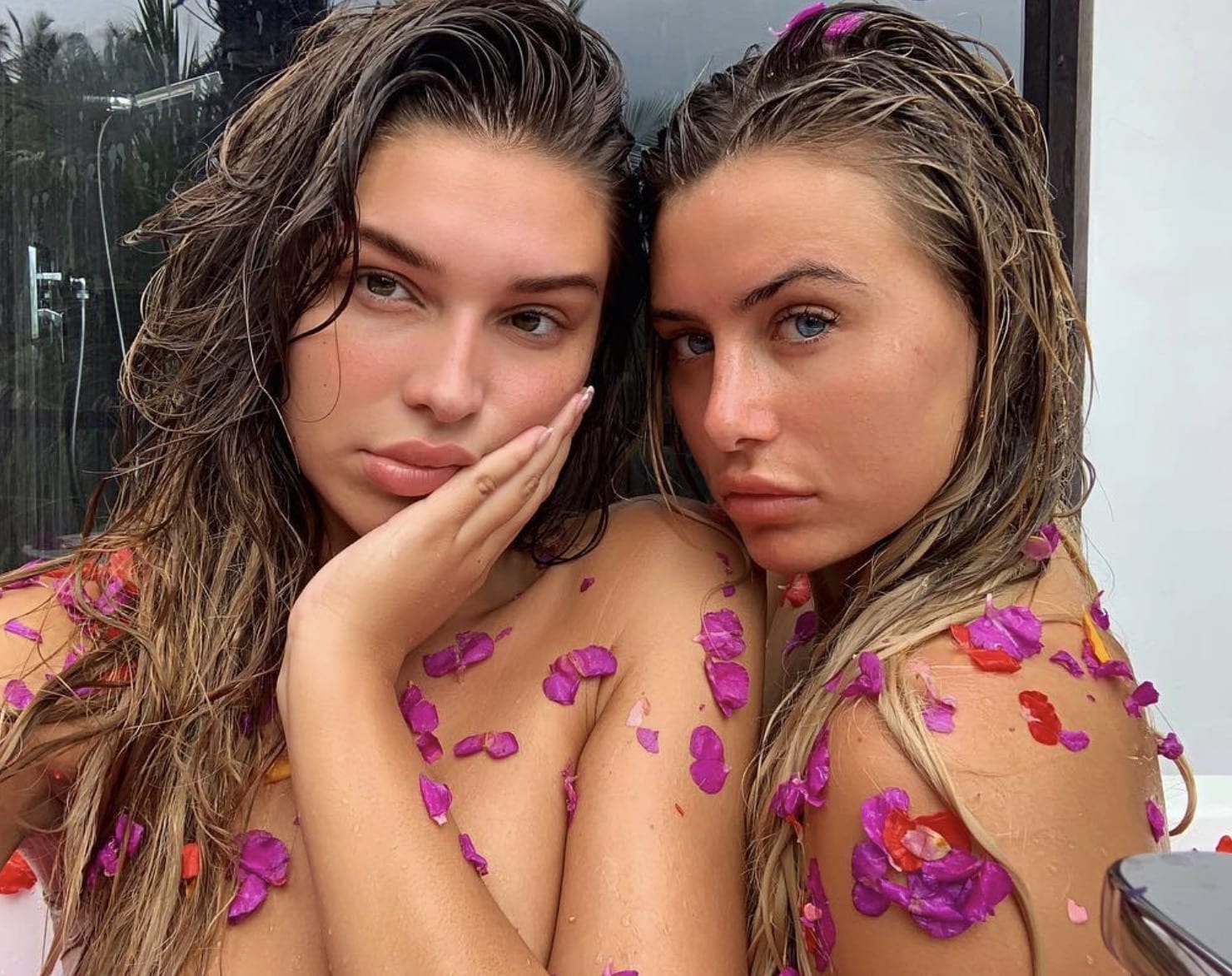 Follow your bliss your way with an experience completely tailored to you. More than a retreat for women, it’s your personal time out for rejuvenation and wellness. This Bali holiday is free of group schedules so you can choose to do as much or as little as you like. From unlimited sightseeing, unlimited massages, unlimited yoga, meditation, healers, plentiful and yummy food, shopping, personal drivers to take you anywhere you would like to go…  it’s all up to you. Check out our Bali Packages and remember they are all completely flexible so you can change anything you would like once here. We would love to meet you!