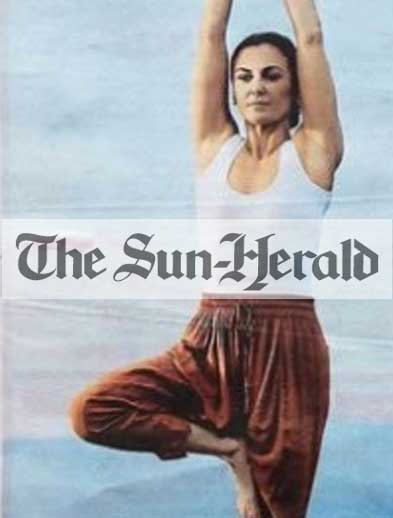 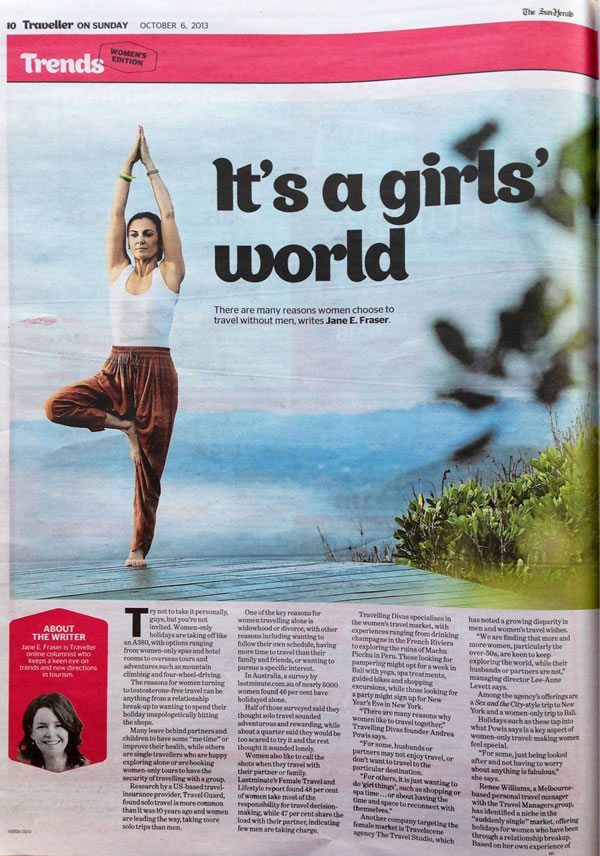 Sun Herald: It’s A Girls’ World – The Best of Bali Spa Retreats is at Bliss Sanctuary For Women 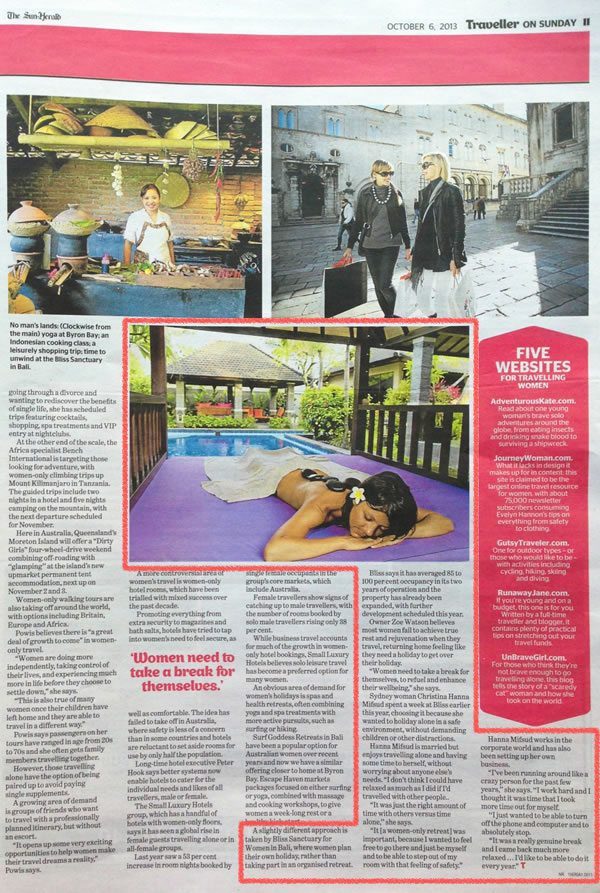 Sun Herald: It’s A Girls’ World – The Best of Bali Spa Retreats is at Bliss Sanctuary For Women

A slightly different approach is taken by Bliss Sanctuary for Women in Bali, where women plan their own holiday, rather than taking part in an organised retreat.

Bliss says it has averaged 85 to 100 per cent occupancy in its two years of operation and the property has already been expanded, with further development scheduled this year.

Owner Zoe Watson believes most women fail to achieve true rest and rejuvenation when they travel, returning home feeling like they need a holiday to get over their holiday.

“Women need to take a break for themselves, to refuel and enhance their wellbeing,” she says.

Sydney woman Christina Hanna Mifsud spent a week at Bliss earlier this year, choosing it because she wanted a holiday alone in a safe environment, without demanding children or other distractions.

Hanna Mifsud is married but enjoys travelling alone and having some time to herself, without worrying about anyone else’s needs. “I don’t think I could have relaxed as much as I did if I’d travelled with other people..”

“It was just the right amount of time with others versus time alone,” she says.

“It [a women only retreat] was important, because I wanted to feel free to go there and just be myself and to be able to step out of my room with that feeling of safety.”

Hanna Mifsud works in the corporate world and has also been setting up her own business.

“I’ve been running around like a crazy person for the past few years,” she says. “I work hard and I thought it was time that I took more time out for myself.”

“I just wanted to be able to turn off the phone and the computer and to absolutely stop.”

“It was a really genuine break and I came back much more relaxed… I’d like to be able to do it every year.”